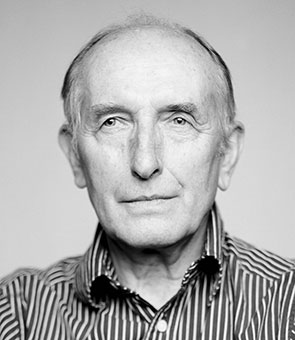 [symple_column size=”one-third” position=”middle” fade_in=”false”]
Vaclav Smil does interdisciplinary research in the fields of energy, environmental and population change, food production and nutrition, technical innovation, risk assessment, and public policy. He has published 40 books and nearly 500 papers on these topics.

He is a Distinguished Professor Emeritus at the University of Manitoba and a Fellow of the Royal Society of Canada (Science Academy). In 2010 he was named by Foreign Policy as one of the top 100 global thinkers, in 2013 he was appointed as a Member of the Order of Canada and in 2016 he received OPEC Research Award.

He has worked as a consultant for many US, EU and international institutions, has been an invited speaker in more than 400 conferences and workshops in the USA, Canada, Europe, Asia and Africa, and has lectured at many universities in North America, Europe and East Asia.

His wife Eva is a physician and his son David is an organic chemist.
[/symple_column]