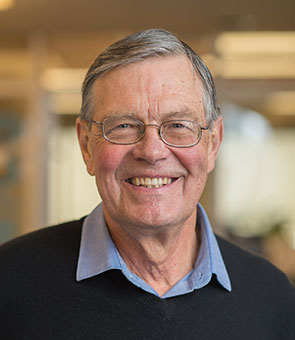 [symple_column size=”one-third” position=”middle” fade_in=”false”]
John F. Helliwell, of the Vancouver School of Economics at the University of British Columbia, long-time Research Associate of the NBER, is Senior Fellow of the Canadian Institute for Advanced Research and Co-Director of CIFAR’s program on ‘Social Interactions, Identity and Well-Being’. Recent books include Well-Being for Public Policy (OUP, with Diener, Lucas and Schimmack, 2009), International Differences in Well-Being (OUP, edited with Diener and Kahneman, 2010), and five editions, 2012-2017, of the World Happiness Report (edited with Richard Layard and Jeffrey Sachs).

He is Fellow of the Royal Society of Canada and Officer of the Order of Canada.
[/symple_column]