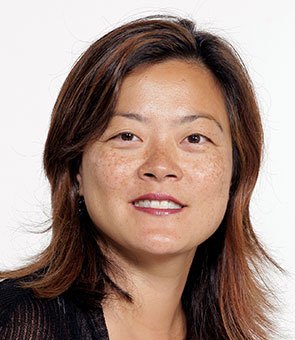 Her current responsibilities include national and provincial bargaining with CN Rail, CP Rail, VIA Rail, Jazz, NAV-Canada as well as other industries in the transportation and retail sector.

To defend and advance the precarious situation of retail workers across the country, she recently led Unifor’s bargaining with Metro and Loblaws for 98 grocery stores and representing over 10,000 workers. This bargaining made historic and significant changes to scheduling practices, lifted up wages and advanced human rights in the workplace.

Her work to represent working people started as a steward, unit chairperson and then as Local President of Local 40, in Toronto where she represented workers in a diversity of sectors including: textile and garment workers, protection services, manufacturing, service, hospitality, auto dealerships and healthcare. She went on to be elected to the National Executive Board (NEB) and was the first woman of colour and the youngest member ever elected to the NEB.
[/symple_column]

[symple_column size=”one-third” position=”last” fade_in=”false”]
Throughout her lifetime Jenny has been a human rights advocate and equity champion. Her first unionized job was at PACE Independent Living to advocate for people with disabilities.

Among her activities within the labour movement, she is dedicated to social justice issues that affect working people in her community. She is a founding member and past Co-President of the Asian Canadian Labour Alliance, a community-based organization of progressive trade unionists of Asian Canadian descent and their allies. On top of this she manages to find time to be engaged in various community projects and help organize the annual Toronto International Women’s Day march.

In 2012, Jenny received the Urban Alliance on Race Relations award for her long-standing work challenging racism and on inclusion/diversity issues.
[/symple_column]